Which Irish celebrity would you invite to your St Patrick's Day party to ensure it went off with a bang?

This was just one of the questions asked in our St Patrick's Day-themed survey, which threw up a number of very interesting results.

With plenty of famous faces coming from the Emerald Isle, there were lots of hugely popular names to choose from - but the runaway winner may surprise you. 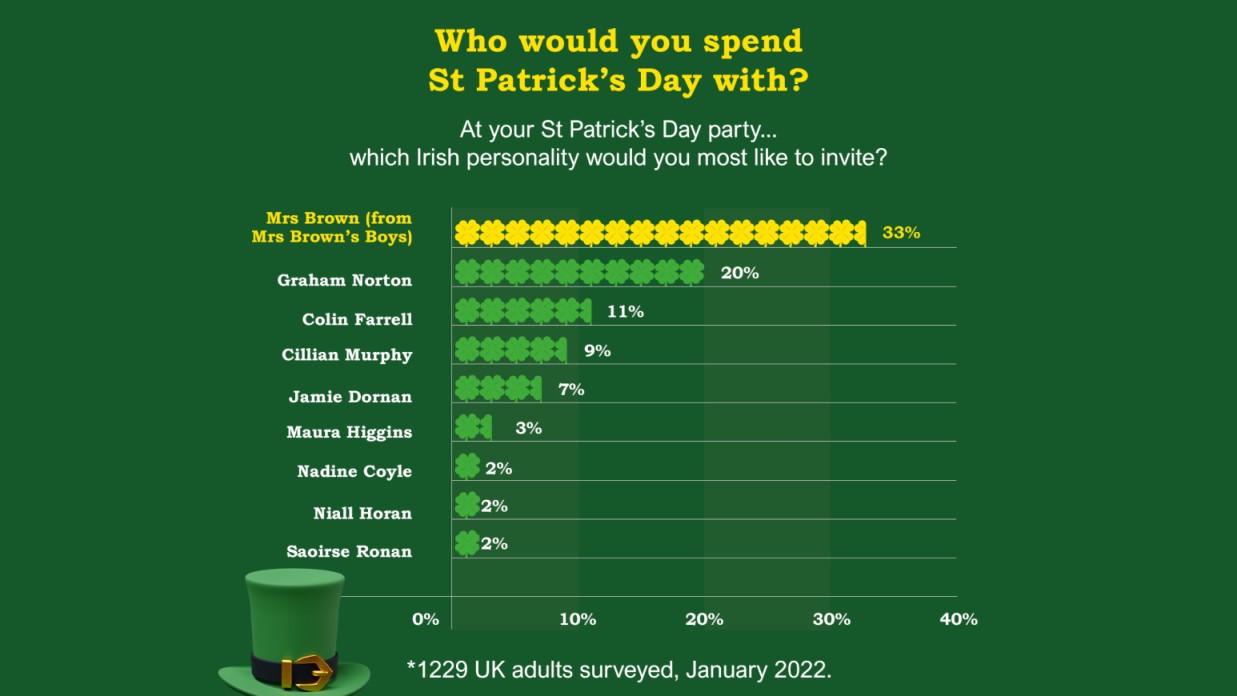 Yes, that's right, it's all round to Mrs Brown's for an old-fashioned St Patrick's Day knees-up! Brendan O'Carroll's hugely popular comedy creation was the clear winner with a massive 33% of the people surveyed choosing Mrs Brown as their fantasy guest.

Graham Norton attracted a respectable 20% of the vote, while Peaky Blinders' Cillian Murphy only scooped 9%. One Direction's Niall Horan didn't fare any better, with the singing megastar scoring just 2% of the vote!

While on the musical theme, we also asked which Irish band people would want to play at their St Patrick's Day party. 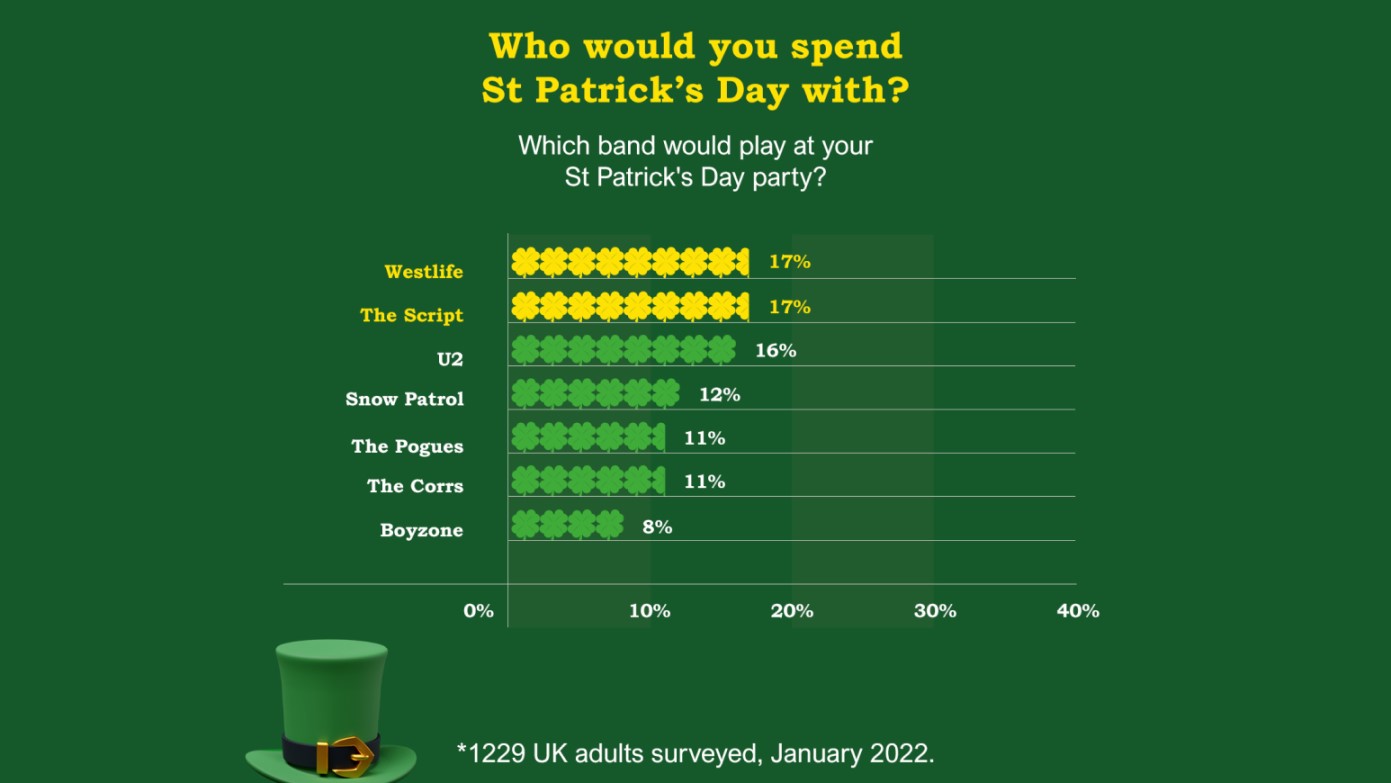 There wasn't a clear winner this time, although Westlife out-scored their longtime rivals, Boyzone, while classic favourites The Pogues and U2 also posted respectable numbers.

Win A Share Of 1 Million Free Spins This Month 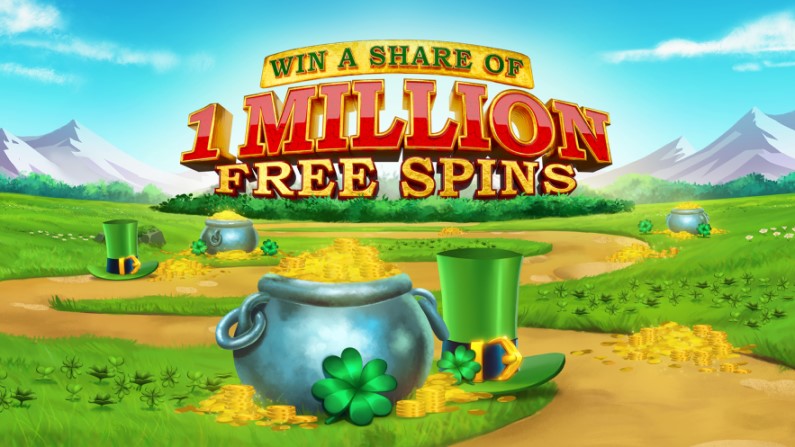 Celebrate St Patrick’s Day at Rainbow Riches Casino this month for chances to win a share of 1 million free spins! With 10,000 to 100,000 free spins available to be won between 900 members each day, there are plenty of chances to scoop a marvellous prize this March. Simply play £1 on any Rainbow Riches branded game to join the party!